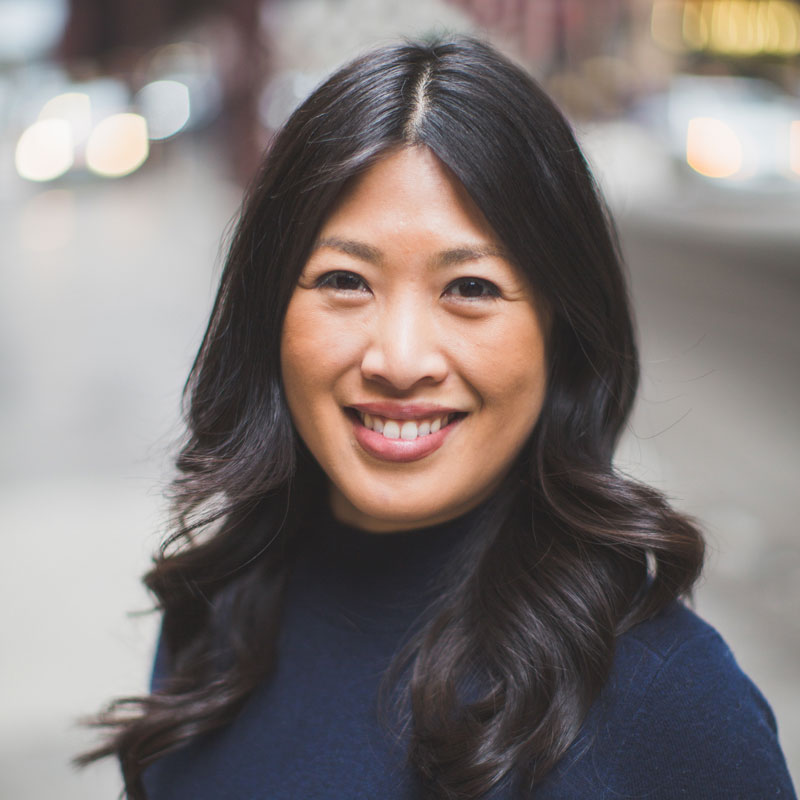 With a Bachelor’s degree at the University of Chicago in Economics and Statistics and a career in finance at various Wall Street firms, owner Teresa Ging left finance to attend Le Cordon Bleu Patisserie program in Paris. When she returned to Chicago she set out to pursue a dream to open the first cupcake boutique in downtown Chicago. In October 2007, Ging launched the catering and delivery side of the business with 20+ flavors in the Sugar Bliss cupcake collection and in January 2009 opened the first Sugar Bliss retail location. Since then Sugar Bliss has expanded their product offerings to variety of baked goods, including cake pops, French macarons, cookies, brownies, morning pastries, and more. Sugar Bliss has been providing sweets in the Downtown Loop since 2009 and is currently located at 122 S Wabash Avenue.

In addition, she has received numerous awards since opening Sugar Bliss including Enterprising Women of the Year Award in 2019, Rising Star Award from the Women's Business Development Center in 2011, and Best New Business from the City Treasurer's Office/City of Chicago in 2010, as well as has been invited by President Obama to attend the signing of the White House Council on Women & Girls.